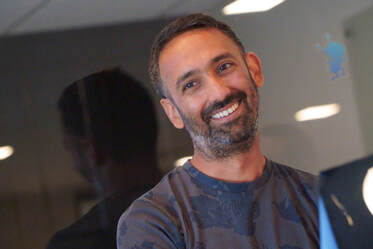 Inder Singh has spent over 15 years building businesses that touch millions of people around the world. He has worked at multiple startups including two of his own. Beginning coding at an early age, Inder built his first startup while he was still in school at the University of Delhi (India). He has an extensive background in high performance computing, and did research in India, the United Kingdom, and the United States. This inspired him to build large scale, low latency systems. He believes in being data driven and using it to power technology.

Before joining Ant Money, Inder helped build Manage.com, a SaaS company that helps advertisers maximize their mobile efforts. Prior to being acquired by Criteo, Manage served 2+ billion users, while fielding nearly 1.5M requests a second. Personalized machine learning models made a decision for every single one of these requests, choosing content to improve engagement, and align with user interests. At Tapjoy (acquired by IronSource), Inder's team designed their user identity solution, and used it to build Tapjoy's app to web strategy from the ground up. Working closely with native/SDK teams, he helped construct a seamless web experience, and delivered nearly a third of all conversions on the platform. This allowed Tapjoy to identify users across all their platforms and stitch their story together for better engagement. Similarly at TellApart (acquired by Twitter), he helped build content personalization for users.

While looking for his next adventure, he met Mike Gleason who was looking for someone to help build his Ant Money brainchild. Inder joined Ant Money as their Head of Engineering and has been serving as CTO since the merger.
​
Outside the technical realm, Inder enjoys spending time outdoors. He is a avid biker, hiker, runner, and snowboarder. When not traveling, he can be found on the beach in San Diego or riding his bike in the local mountains.